RYAN SMITH, PHD, LMFT, LPC
The apps listed in this section aren't inherently evil. If you see one of them on your kids phone you don't need to call in the SWAT team. Some of them can be harmless fun if treated that way. However, what they share in common is that they can also be dangerous, particularly to kids. So if you see one of these apps, check in. Find out (and verify) how your kid is using it and if you're not comfortable with it, don't allow it.

One Note: There are horror stories about a lot of these apps. I'm not going to write my own and I'm not going to give some long explanation of the terrible things that can happen. That's not the point of this page, although I will link to a few articles if you want to read them. The point is to educate parents about what's out there so they can work with their kids. I've said it already but I'll say it again, if you see these apps, TALK TO YOUR KID! Don't go nuts and confiscate their phone until the end of time. Talk first. Act second. 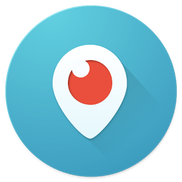 Periscope is a relatively new app and actually, kind of cool. It's an app that essentially turns a smart phone into a broadcast station. So for example, you can be at your kid's soccer game and grandma can join your feed. You point your phone at the game and grandma can watch it live through the app. For families and anyone broadcasting healthy stuff, that's awesome. But as with every invention in the history of mankind, teenagers find a way to use it in a horrible, sexual, and/or harassing way. I won't go into all the ways they could misuse it but I'll say this.... anything that you would say to yourself "I sure hope no one ever broadcasts _____________", has probably been broadcast and probably by a teenager. As with every app on this site, if you see it on your kid's phone, ask them about it. Why do they like it? What types of things are they watching? Who's videos do they watch? Ask to see some examples (broadcasts can be replayed on this site for up to 24 hours). Talk before you react. 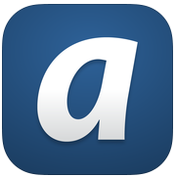 Update: Ask.fm was purchased by Ask.com. When the change in ownership took place so did a massive change in policy. If you'd like to read what the changes were click here.

This is an app that doesn't have to be problematic. As always seems to be the case, it's not the app itself, it's how it's being used. For teenagers, that's a problem. Ask.fm is a question/answer app that allows users to interact (anonymously if they choose). Someone posts a question or directs a question at a particular user, and people answer it. As with any app, you combine anonymity and adolescents, problems arise. Inappropriate language, sexual content, and the rest of the typical stuff exists here. Cyberbullying is also common amongst teens on this app. There was a particularly troubling (and notorious) case of this in Florida. If your kid has this app, talk about it. How do they use it? Be specific. If you're worried, open it and look around. However, if the idea of your teenager asking questions of and interacting with complete strangers creeps you out, maybe go ahead and delete this one.


Find your article on how ask.fm is destroying civilization as we know it here. And for the record, if I were giving an award for scariest article title, this one would win. 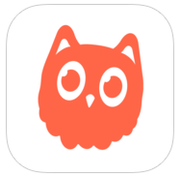 When Ask.fm changed ownership, they also changed their logo. The picture to the left is the new one. 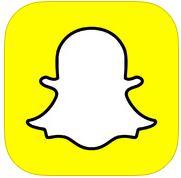 SnapChat is one of the more well known teen apps that parents hate. The short version is that it allows users to send messages that delete themselves after a few seconds (unless the recipient takes a screenshot). If it's used responsibly this app can reduce a person's digital footprint, which can be a good thing. It means their messages won't hang in cyberspace forever. But..... a program that allows kids to send messages that self destruct has a tendency to be misused. If a person happens to have a second device on them when they get your message (as many people do now) all they have to do is record your message with that second device while it plays on their phone and all of a sudden that message that was supposed to self destruct is now in their camera roll just waiting for them to do whatever they choose with it.

Here's an article about SnapChat that parents can read to get a better understanding of what it does and the potential dangers around it. 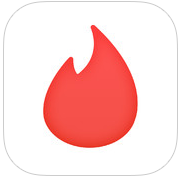 My feelings on Tinder are evolving. The more conversations I have and the more research I do the more I can see the appeal of this app for emerging adults. While I'm warming up to the app itself, my feelings regarding teenagers using it are not. This app still absolutely does not belong on the phone of a teenager. You can call it a dating app or a hook-up app depending on your point of view but the point is, it's an app that allows users to see the profile picture of other users who are in the same geographic area. Users can then swipe the photos they like and if the person they swipe swipes them back, they're given the chance to chat. In other words... based solely on a picture and a tag line, strangers can connect with a very short path to real world encounters. If you're over the age of 19 or 20 and follow some basic rules like always meeting in public, bringing friends, taking screenshots of matches, etc. then I can understand why you'd use it. If you're still in high school, you're not ready for the level of responsibility required to handle not just the logistical issues with Tinder, but the emotional fallout as well.

Parents: When talking to your kids about this app I'd encourage you to avoid being dismissive of it or judgmental. Like it or not, this is one of the most popular ways for young people to meet in today's world. If you take the approach that this app is stupid and they should never use it, they're not going to listen to anything else you say. Instead, let them talk about what's appealing about it and use that as an opportunity to discuss why it's not appropriate for high school age kids. Here's the kind of thing I'm talking about.... There's a guy named Barry Schwartz who's an expert on choice and decision making. His research essentially points to the fact that the more options people expose themselves to, the less happy they are with their final decisions. I'm not saying choice is bad and of course neither is he, but when this philosophy is paired with the world of Tinder you can find yourself in an interesting conversation with a high school kid (I've done it). This app needs to be a long conversation where you do everything possible to think like a high school kid. When you were 17 would you have avoided an app that would allow to meet a seemingly endless supply of new faces? Probably not.

Scaring them straight is a dicey approach with this app but, as a therapist I've actually dealt with an increasing number of teenagers working through traumatic encounters that began online. Tinder is the most common starting point for those encounters.
So.... here's your scary Tinder article. 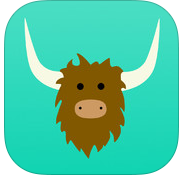 YikYak is an interesting one. Mainly because it doesn't HAVE to be problematic. It can actually be relatively harmless and entertaining. Unfortunately, teenagers have a tendency to take apps like this and do really stupid things with them. In a nutshell this app allows users to post anonymous messages to a board that can be seen by anyone in the same geographic location. Due to a pretty massive outbreak of cyberbullying, the owners geofenced every high school in America and it's theoretically now blocked in those locations. Hopefully it worked.

Here's your article about YikYak. 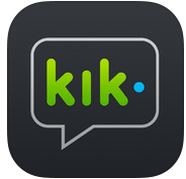 KiK isn't a huge problem but it's here nonetheless. It's a messaging app. For those of us who went to high school and college in the 90's, KiK is like instant messaging (remember AOL IM? Do people still do that? Is AOL a Starbuck's yet?). It's a lot like GroupMe, which I actually list on the healthy family section of this site. So why the difference? The ONLY reason I tell parents to look out for this one as opposed to other direct message apps is that KiK is just really popular with teenagers. Where teenagers go, red flags tend to follow. I'm basically an old man yelling at the kids to get off my digital lawn. Here's the point, a messaging app is fine if your kid can handle it and dangerous if they can't. If your kid has it, don't freak out, but open it up and check it regularly. 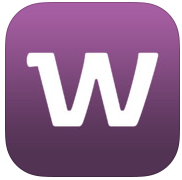 Another app that lets people post messages anonymously. Like the others, it doesn't HAVE to be terrible, but it often is. If your kid has it, open it. Look around regularly. There are people who use this app to attempt to connect to people in the real world. That's weird. 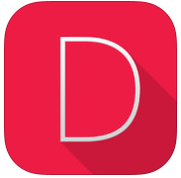 All you need to know is that this app was originally called "Bang With Friends". It's almost exclusively used to find anonymous sex.

Read this...... freak out ........ go find your kid's phone....... if you find the app, confiscate their phone until Chelsea Clinton's baby is president. (On a serious note... if this app is on your kids phone, you need to have a conversation about sex. A very detailed, open, and honest conversation.) 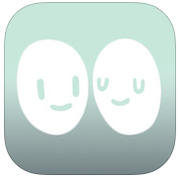 When I first saw this app I thought it was a joke. It's not. This is an app for people who would like to find complete strangers in their area to snuggle with. You read that right. The app lists some ground rules like not going to a strangers house and that cuddling means cuddling and doesn't imply sex..... but they obviously can't enforce that. This app doesn't belong on any teenagers phone. It's probably a sign of the apocalypse. It's upsetting enough that I need a cuddle. Maybe that was their plan all along!! Diabolical..... 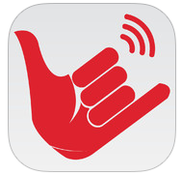 Similar to YikYak, Firechat is an app that allows users to post to public message boards anonymously. Also like YikYak, it's not inherently bad. Connecting to people you don't know can be interesting and educational. However, I don't recommend it for kids or teenagers who aren't rebelling against an oppressive government. Anonymous message boards have a tendency to turn into cyberbullying and adult-bashing really quickly when kids are turned loose on them. If your kid has it, monitor it insanely closely. Or save yourself (and your kid) the trouble and just don't allow it. Anonymity does weird stuff to people, none of it good.

Not really a creepy article, but educational nonetheless can be found here.